"Shadowed shapes linger by the shore
Watching the glowing "good night"
Silhouettes entwine in the twilight
And drift along the sandy beach."
~Unknown Author 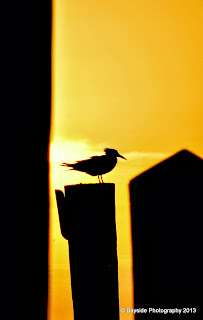 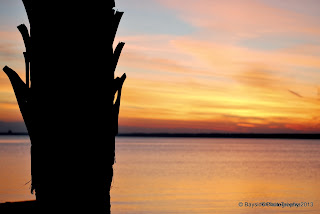 Posted by BaysideLife at 1:11 PM 4 comments: 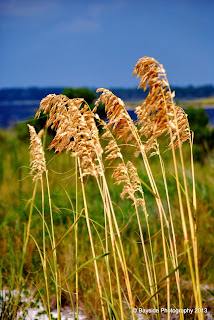 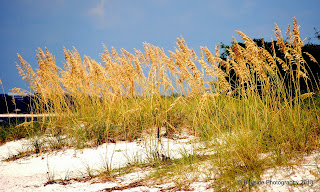 Posted by BaysideLife at 3:04 PM 2 comments: 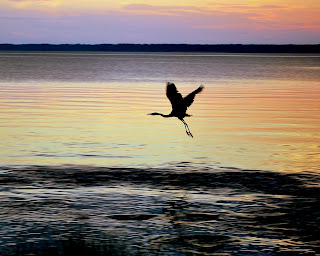 NOT HERMITS AFTER ALL

Hermit crabs are anything but hermits. They're called hermit crabs because each one carries his shelter with him. In reality, hermit crabs are social animals that thrive in the company of other hermit crabs. They'll climb over each other for fun and sleep in piles. In the wild, they live in large networks that facilitate the trading -- and sometimes outright stealing -- of shells. I came across this stump loaded with hermit crabs during a walk at Ft. McRea.  Actually they were all over the beach too. Must have been a convention.  :) 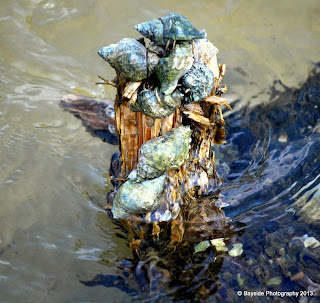 "No aquarium, no tank in a marine land, however spacious it may be, can begin to duplicate the conditions of the sea."
— Jacques Yves Cousteau, Oceanographer
It was a beautiful, clear morning at Opal Beach this morning, made even more special by the release of a young green sea turtle by The Gulfarium Sea Turtle C.A.R.E. Program (Conserve, Act, Rehabilitate, Educate) folks. Loggerhead turtles are the most common turtles to make it to our shores to lay their eggs with an occasional Kemps Ridley finding her way to our beaches. Green sea turtles are a rarity here, so you can imagine the excitement for an opportunity to see a Juvenile (about 5 years old) up close and personal.

The back story on this little turtle is that it was brought to Gulfarium Marine Adventure Park just a few weeks ago after inadvertently swallowing a fisherman's line while angling off the pier beneath Brooks Bridge. Fortunately, for the 12-lb turtle, the fisherman wisely contacted the authorities for assistance. The turtle, named Aaliyah, after the fisherman's daughter, was transported to the park and given a full evaluation from veterinarians. After a successful procedure to remove the fishing hook, Aaliyah was thriving and demonstrated the skills required for release, such as diving and eating without assistance. Because she was found in the Sound that is where she was released. It will be up to her to find her way to the Gulf of Mexico over the next year or so. She took to the water immediately, raised her little head once as if to say "so long" and then began her long journey to the Gulf. 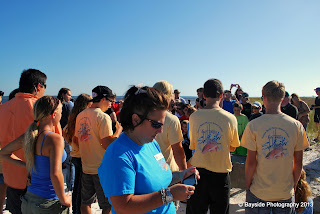 Part of the crowd waiting to see the Green Sea Turtle 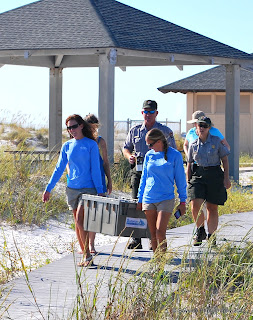 Just prior to release. 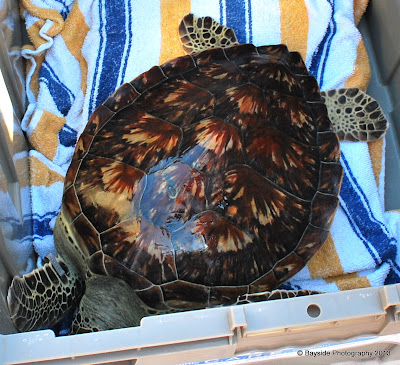 Isn't she beautiful. The markings on her shell are gorgeous. The crowd was pretty thick by the time the release came, and I found myself at the back of the audience, so I was unable to get a photo of her entering the water. But I was happy to be part of sending her on her way back to the sea and actually seeing this beautiful creature in person.

Posted by BaysideLife at 1:40 PM 4 comments: